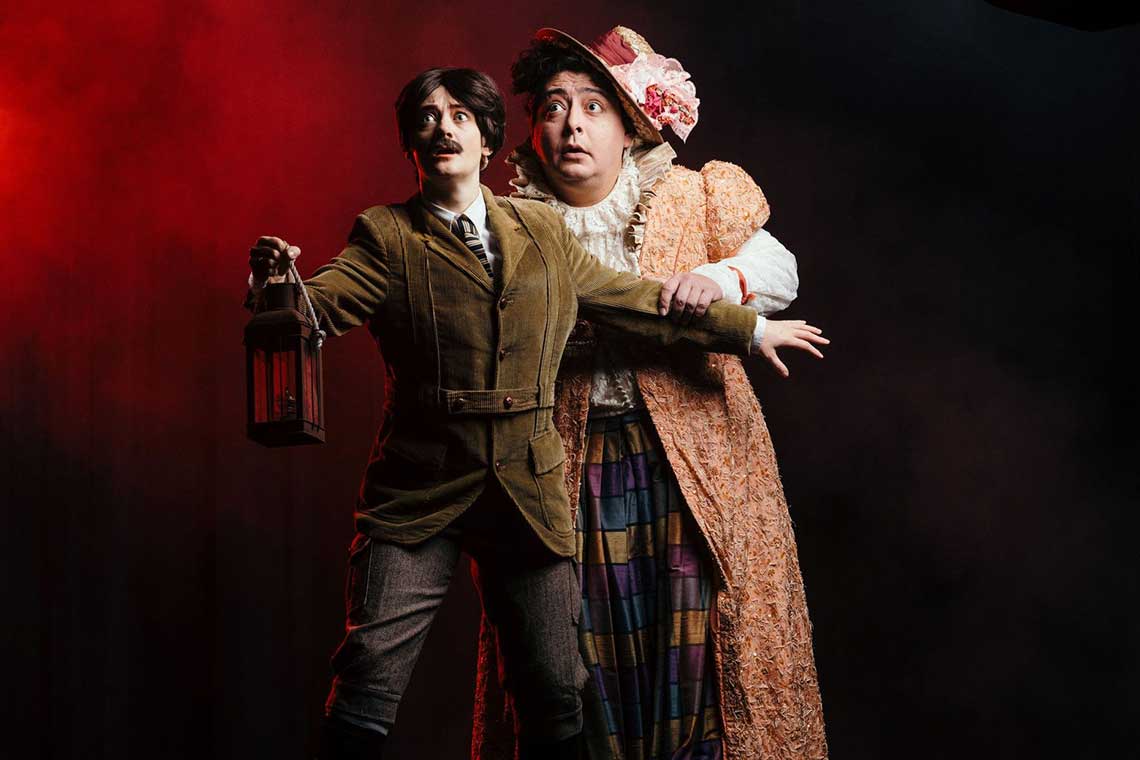 "The Mystery of Irma Vep" at Intiman Theatre. Photo by Joe Moore

We’ve got eight things for you to do this weekend that you’ll love almost as much as the person you take with you. Whether you’d rather stay home or go out, there’s something for everyone. Valentine’s Day is a time to share interests, passions, or try something new with your special someone—and that’s what the arts are all about.

Check out what’s going on in Seattle (or your living room) and surprise your date with a ballet, play, musical performance, or have a super-packed weekend and do them all!

Out on the Town

The Mystery of Irma Vep

“The Mystery of Irma Vep centers on an English estate haunted by the former mistress who has recently passed (or has she?). There are mummies, werewolves, mistaken identities, and a ton of madcap blunders. Two performers, dozens of wigs, and 35 costume quick-changes bring an eclectic cast of characters to life in this camp comedy classic from Charles Ludlam (1943-1987), creator of New York’s Ridiculous Theatrical Company.”

Playing now through February 26, presented by Intiman Theatre. Performances on February 12 and 13.

“Jean-Christophe Maillot’s Roméo et Juliette will sweep you away to Verona and back again. Savor the incredible dancing, the flush of first love, Prokofiev’s rich score, and the drama of Shakespeare’s classic story—all in the course of one stunning ballet.”

Performances on February 11,12 and 13, presented by Pacific Northwest Ballet.

Monsters of the American Cinema

“When his husband dies, Remy Washington, a Black man, finds himself both the owner of a drive-in movie theater and a caregiver to his late husband’s straight, white teenage son, Pup. United by their love of classic American monster movies, the two have developed a warm and caring familial chemistry—but their relationship fractures when Remy discovers Pup and his friends have been bullying a gay teen at his school. Monsters of the American Cinema is a haunting and humorous tale about fathers and sons, ghosts and monsters.”

Playing now through February 20, presented by ArtsWest. Performances on February 11 ,12 and 13.

“ACT Theatre in association with Marin Theatre Company proudly presents Hotter than Egypt, a World Premiere by Core Company artist and acclaimed Seattle playwright Yussef El Guindi. Hotter than Egypt is a poignant play about personal revelation. Paul and Jean, an American couple, travel to Cairo for their 24th wedding anniversary. Long-dormant troubles within the marriage start to percolate, and their two Egyptian tour guides, newly engaged Maha and Seif, become drawn into the crisis. This dramedy explores the uneven power dynamics between these Western tourists and the locals. Dreams and relationships are put to the test when old connections lead to new temptations.”

Playing now through February 20, presented by ACT Theatre. Performances on February 11, 12 and 13.

“David Harrington (violin), John Sherba (violin), Hank Dutt (viola), and Sunny Yang (cello) have combined a spirit of fearless exploration with a commitment to continually reimagine the string quartet experience. In the process, Kronos has become one of the world’s most celebrated and influential ensembles, performing thousands of concerts, releasing more than 60 recordings, collaborating with countless composers and performers, and commissioning over 1000 works and arrangements for string quartet. The group has won over 40 awards, including three Grammys, and the prestigious Polar Music, Avery Fisher, and Edison Klassiek Oeuvre Prizes.”

Fannie: The Music and Life of Fannie Lou Hamer

“Fannie: The Music and Life of Fannie Lou Hamer tells the impassioned story of American civil rights activist and hero, Fannie Lou Hamer. From her humble origins as the daughter of a Mississippi sharecropper, to co-founding the Mississippi Freedom Democratic Party and demanding recognition at the National Democratic Convention, hers is a story of justice that will not be denied.”

Available to stream February 11 and 12, presented by Seattle Rep.

Songs of the Earth

“The Seattle Symphony brings together a program of music reflecting on the end of life. Mahler was inspired by Chinese poetry for his valedictory masterwork, Das Lied von der Erde. George Walker offers introverted and deeply personal reflections on four spiritual melodies in Folksongs for Orchestra. His Lyric for Strings, a touching tribute to the memory of his grandmother, is one of his best-loved works.”

Available to stream now through February 17, presented by Seattle Symphony.

“Our hero, Beowulf, travels to King Hrothgar’s land to defeat a monster and save a kingdom, for that is what great heroes do. But Grendel, the creature condemned by God, is grim and vengeful, strong and horrible. Beowulf and a few brave enough to join him, embark on the quest to vanquish the foul fiend. Courage, cunning, and might may win the day and the laurels of battle, but once an adventurer, always an adventurer. Beowulf’s life continues anon with heroic and mighty deeds until a Dragon is awoken and the elder statesman must face a final test of his bravery, alone. This mythic tale, over one thousand years old, cries to be experienced aloud, reminding us of the importance of a good story well told.”