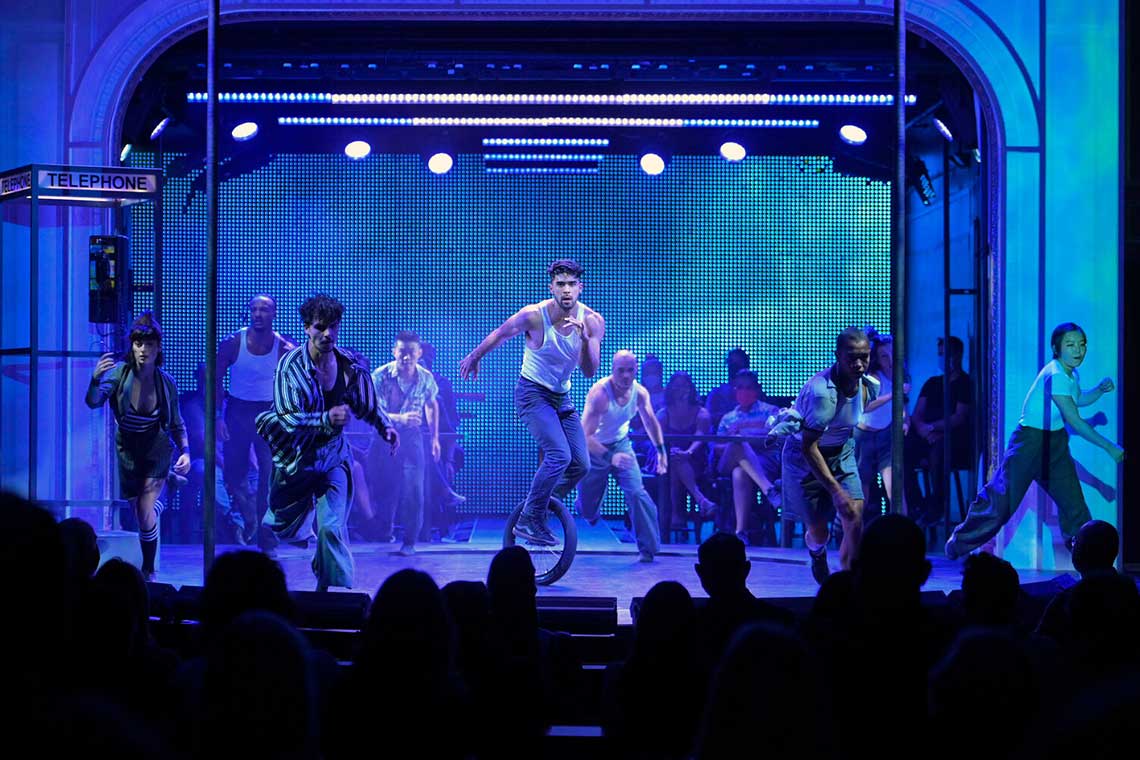 Welcome to the astounding world of Dear San Francisco: A High-Flying Love Story, a new acrobatic performance by modern circus collective The 7 Fingers at Club Fugazi. This gravity-defying spectacle is a must-see for circus fans and newcomers alike. Witness an aerial ballet of heart-stopping stunts, performed by some of the world’s most skilled acrobats.

This breathtaking innovative show tells the story of a young couple in love, as they journey from their home in San Francisco to the stars above. Along the way, they experience all the joys and challenges of a long-distance relationship, culminating in a breathtaking acrobatic performance at the city’s iconic Golden Gate Bridge.

Looking for an unforgettable night out? Join the talented cast of aerialists, acrobats and dancers as they take you on a journey through the streets and skies of San Francisco and perform a series of gravity-defying acrobatic stunts that will leave you breathless.

From the heart of the city to its iconic bridges and hills, Dear San Francisco: A High-Flying Love Story celebrates the beauty and spirit of the city. Featuring daring acrobatic stunts, heart-pounding music, and stunning visuals, this show is not to be missed!

What Are the Show Dates?
Dear San Francisco: A High-Flying Love Story is available from December 14 until December 30, 2021 at  Club Fugazi. Check the venue page for the show performance schedule on Encore Spotlight

About The 7 Fingers
The 7 Fingers are a Montreal-based circus company that has been wowing audiences all over the world with their innovative acrobatic performances and gravity-defying stunts. The company has been praised for its unique, contemporary approach to circus arts, blending circus disciplines with theater, dance, and music to create a one-of-a-kind experience.

How Long Is “Dear San Francisco: A High-Flying Love Story”
Approximately 90 minutes with no intermission.

Where Can I Buy Tickets for Club Fugazi Circus Shows?
Check Encore Spotlight’s Things To Do for schedule and tickets.

What is Club Fugazi’s Seating Capacity?
400. Club Fugazi can accommodate up to 400 people.

What to Wear to Club Fugazi?
Club Fugazi in San Francisco, CA has a dress code of “comfortable clothing.” You will want to make sure you’re wearing something that’s stylish and makes you feel confident.

Club Fugazi in San Francisco
Club Fugazi is a hip and happening venue that is perfect for those looking for a night out on the town. It is a bar that offers a cool, cozy atmosphere for locals and visitors to meet up. It is a great place to have a drink and relax. It features an intimate dance floor, state-of-the-art sound system, and an elevated VIP section. From intimate venues to large stages, Club Fugazi has hosted some of the most talented jazz musicians in the world. For decades, live jazz has been the sound of the Festival, with Club Fugazi as the venue of choice for top jazz artists. Club Fugazi is a venue where you can see your favorite bands perform live.

San Francisco Performing Arts Scene
In December 2021, San Francisco’s performing arts scene is as exciting as ever! The holiday season is in full swing, and there’s a show perfect for just about everyone. From a biting comedy about a family gathering by the Bay to a heartfelt holiday musical, there’s something for the whole family. Whether you want a hilarious comedy, a traditional holiday show, or a thoughtful drama, San Francisco has it all. You won’t want to miss a minute of this year’s theater season!

The Best of Everything Arts and Culture
From theater and film to music and visual arts, San Francisco is bursting with creativity! Discover it all on Encore Spotlight, your guide to things to do. From theater to visual arts, and everything in between, there’s always something new to experience in the arts and culture scene. San Francisco has a rich theater scene. From classics to Broadway, there are plenty of options when you’re in the Bay Area. ​There are many theaters in the city, some of the most famous are The Curran, Orpheum, and The Warfield.If you’re looking for a holiday show to see this December, A Christmas Carol is the perfect choice. The show is an enchanting and festive way to spend an evening.