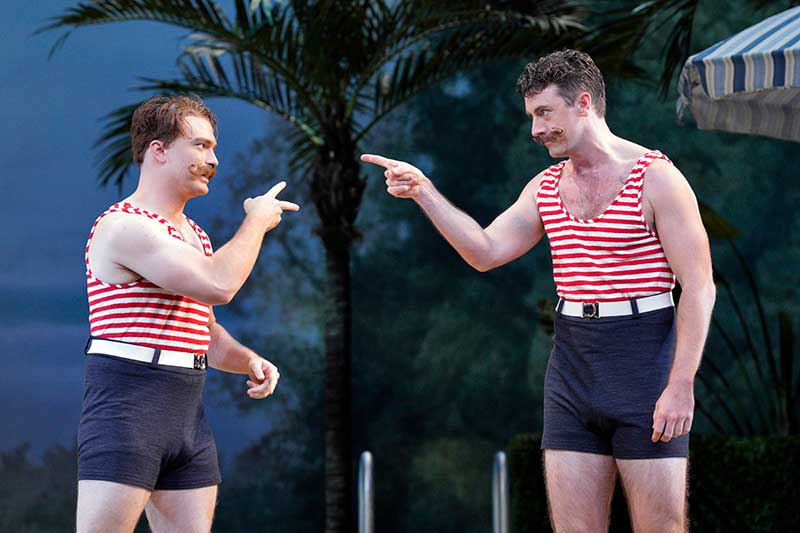 If you are looking for an evening of refined entertainment, then the War Memorial Opera House in San Francisco, CA is the place to go. A beautiful venue in the heart of San Francisco, it has a rich history and is worth a visit for its architecture alone. But it is the performances and productions that will keep you coming back.

The War Memorial Opera House is the only theater in the United States built as a memorial to World War I. It is a magnificent theater that has hosted some of the world’s greatest performers including Luciano Pavarotti, Maria Callas, and Placido Domingo. It is home to San Francisco Opera, which has been performing here since 1932. The War Memorial Opera House is considered to be one of the most famous opera buildings in the world.

This November and December, visit the War Memorial Opera House to enjoy a marvelous performance of one of the most popular operas, Così Fan Tutte. With a cast of talented singers and a live orchestra, this opera by Wolfgang Amadeus Mozart and librettist Lorenzo Da Ponte is a delightful way to spend an evening. This is your chance to see the production in a wonderful setting in one of the world’s best opera houses.

Originally written in 1790, this opera is famous for its clever use of recitatives and arias. Così Fan Tutte is about two young men who are in love with two sisters engaged in a battle in order to win the heart of their lovers. This is a story of two friends, Ferrando and Guglielmo, who are determined to test the fidelity of their girlfriends, Dorabella and Fiordiligi. In this witty opera, the sisters are told to take a test of their love. For full synopsis, see the SF Opera official website.

All seats are good seats, so come and enjoy Mozart’s masterpiece! The production of Così Fan Tutte is directed by Michael Cavanagh and conducted by Henrik Nánási, a famous conductor with a stellar ensemble—featuring Nicole Cabell, Irene Roberts, Benjamin Bliss, John Brancy, Ferruccio Furlanetto, and Nicole Heaston. The opera is in Italian and is performed in its original language.

Opera as a Form of Art

Opera is one of the world’s best known forms of performing arts, originating in Italy. Opera was first performed in the 17th century, and the first opera house was built in Venice. It has since spread all over the world. Opera blends vocal and instrumental music. It consists of a libretto, which is a text that is sung, and a score, which is a musical composition for singers and instruments. Opera is one of the most popular and the most diverse forms of musical art.

What Are “Così Fan Tutte” Opera Performance Dates This Year?

Where is “Così Fan Tutte” Performed?

How Long is “Così Fan Tutte”?

Running time is approximately 3 hours, 26 minutes, including one intermission.

What is the War Memorial Opera House Seating Capacity?

3,146. The War Memorial Opera House is one of the largest performing arts venues in California.

What to Wear to the War Memorial Opera House?

The performing arts in San Francisco is a never-ending journey of artistic beauty. From jazz to burlesque, this amazing city has it all. Whether you want to catch an opera or watch a ballet, no matter what your taste, you will find something to suit you. There are a number of theaters and concert halls around the city which boast a number of different performances all year long.

San Francisco has a rich history of theater and dance. There are many venues where you can see a play, a musical, a dance show, or a ballet. The city is home to many of the most talented singers, dancers, and musicians. Encore Spotlight offers a curated list of the best things to do in San Francisco. Here you can find everything you like about culture, art and more.

The City by the Bay is the perfect place to be at the end of the year. With exciting opera and theatrical productions happening every day, you’re sure to find your favorite here. Take your kids to see A Christmas Carol at Golden Gate Theatre or go for a date with your significant other to My Fair Lady at the Orpheum. Check out Encore Spotlight to see more opera and theatrical productions happening in San Francisco in 2021.