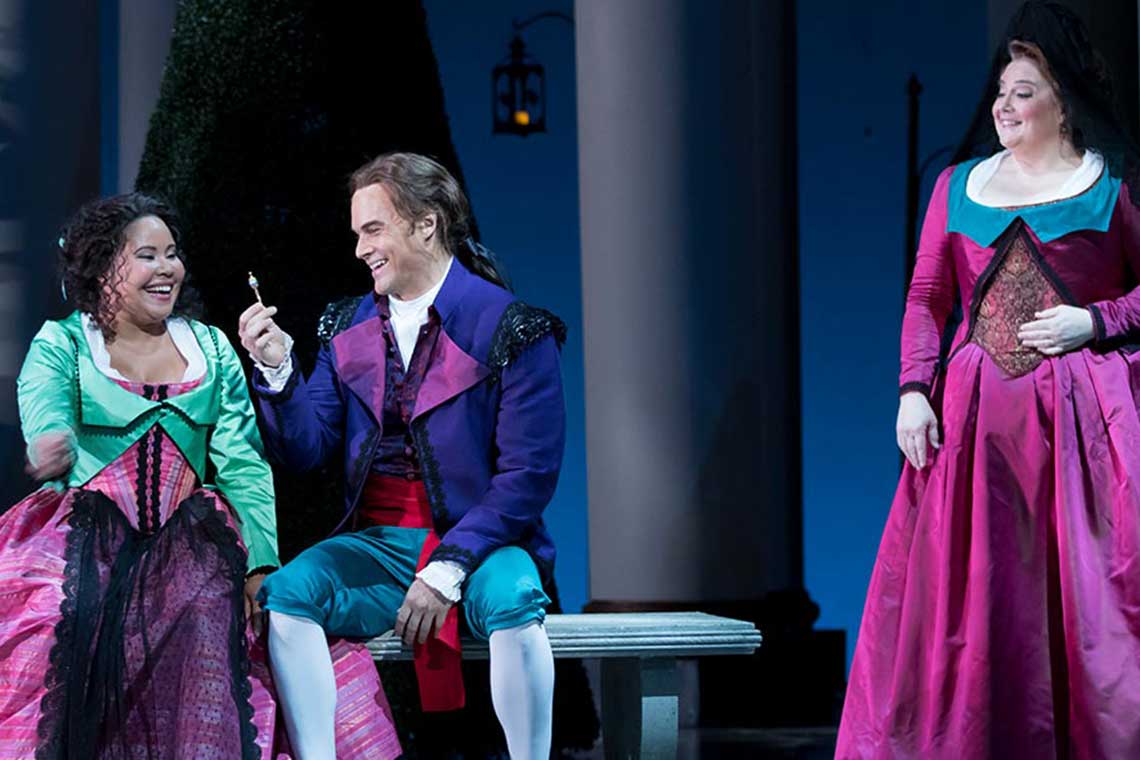 The Marriage of Figaro opens tomorrow at Seattle Opera and runs through May 22. Seattle Opera has released a teaser trailer in anticipation of the opening tomorrow night. Check out a glimpse of the beautiful score, wild madcap schemes, and charming cast in the trailer below.

“From toe-tapping overture to uplifting finale, W.A. Mozart’s beloved farce based on the radical Beaumarchais play is alive with rich commentary on social class and gender roles. Count and servant go head-to-head, while their crafty wives outsmart the men in one chaotic, entertaining day that ends in happiness and love. Performed by a stellar cast in vibrant costumes from critically acclaimed costume designer Myung Hee Cho, don’t miss the riotous charm of this operatic classic. At the helm of this Figaro is conductor Alevtina Ioffe, one of Europe’s most heralded and sought-after conductors making her Seattle Opera debut.”—from Seattle Opera

Tickets for The Marriage of Figaro are available online. The opera will run at Seattle Opera May 7 through May 22.