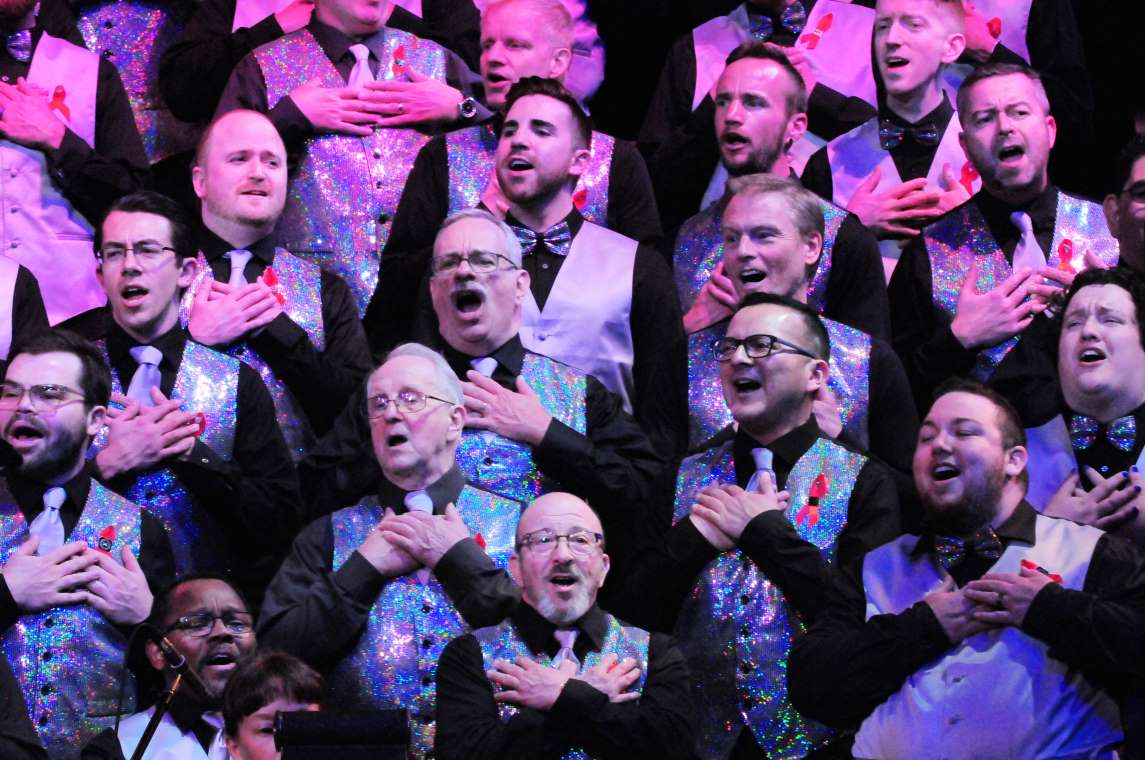 For their summer concert, the Seattle Men’s Chorus (SMC) commemorates Stonewall’s 50th anniversary with pop music of the 1960s and a commissioned work. Executive Director Steven F. Smith promises the Summer of 69 concert will be full of chart-topping and culture-defining songs to send its audience dancing out the door.

Rosemary Jones: The summer of 1969 may have been called “The Summer of Love”, but it was also a summer of profound social change. What do you think were the most pivotal events that summer?

Steven Smith: Music events like Woodstock might have been part of a culture of love and openness for certain folks, but I think 1969 was about the distillation of righteous anger and action. Stonewall was a flash point for the simmering rage and frustration against discrimination in the LGBT community but it did not happen in isolation. At the same time, Vietnam War protests and rampant racial discrimination were roiling the country. The country was angry. What was pivotal was the need for change from the status quo.

How do the songs selected for this concert reflect what was happening beneath the surface, as well as the headline-making events?

We wanted to explore the sense of division and “coming-apartness” in the country at that time. In addition to Stonewall, you had “hippies” and war protesters descending on Woodstock, Nixon’s law and order campaign, and the unifying wonder of the first moon landing. If you turned on the radio in 1969, the “Top 40” pop music of the day reflected that culture clash in a way that you don’t hear today. We’ve got the funk of Sly and the Family Stone’s “Everyday People” juxtaposed with Frank Sinatra’s old school “My Way.” And Neil Diamond’s ultimate sing-along “Sweet Caroline” and Marvin Gaye’s iconic “I Heard it Through the Grapevine.” The music reflects the convergence of culture, sex, identity and politics in a way that began to redefine America.

The concert also includes the new musical work “Quiet No More.” Can you describe this piece?

It’s a suite of music theatre style songs commissioned by more than 20 LGBT choruses around the country, including SMC, for this 50th anniversary of Stonewall. It’s a bit of history and a bit of forward-looking inspiration to continue the fight for equality. Because the patrons of the Stonewall Inn (who became victims of police brutality during the uprising) were gay and lesbian and trans folk and people of color, we found diverse composers who reflected these identities to create a collection of songs about what happened during the riot, what it felt like and how it has inspired and reverberated in our community since then.

What’s the one song that you can’t get out of your head after listening to rehearsals?

For the finale we wanted a sense of celebration and unity, so the classic Edwin Hawkins’ gospel song “Oh Happy Day” has had me dancing and swaying all week. It’s timeless and joyful.