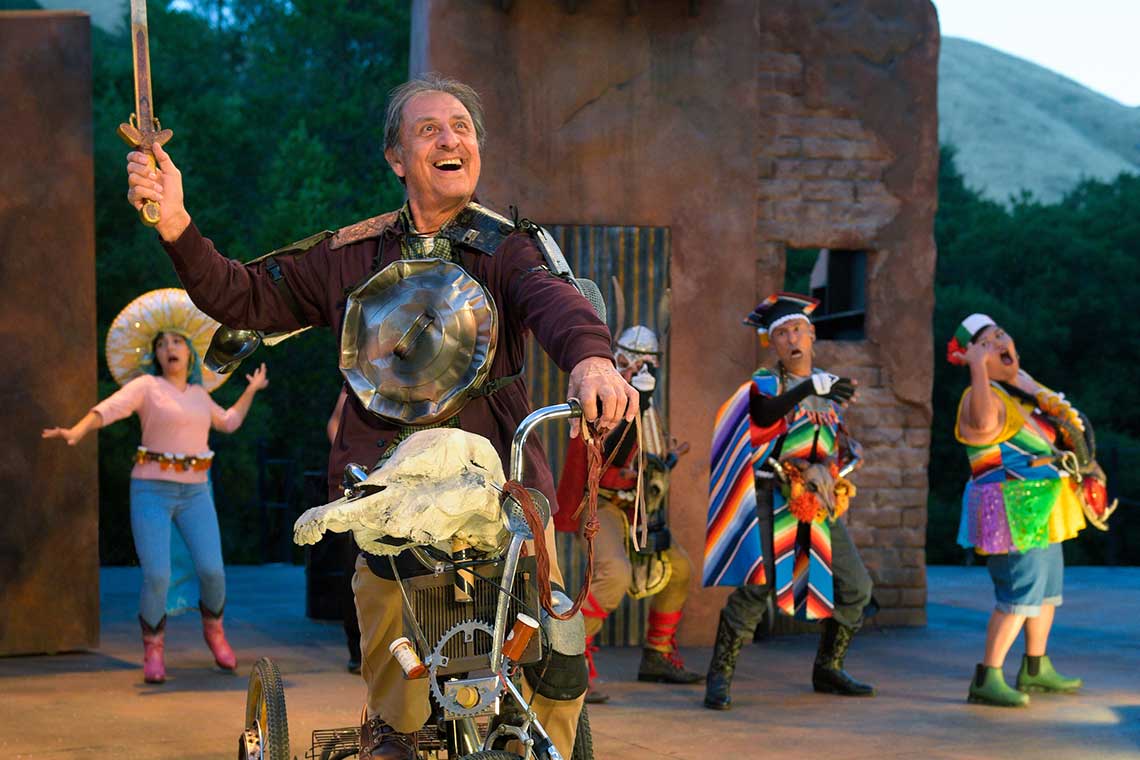 Cal Shakes has announced they will produce two world premiere plays adapted from Shakespeare’s Romeo and Juliet and King Lear. The 48th season will begin with Romeo y Juliet running May 25–June 19, 2022 and conclude with Lear running September 7–October 2, 2022.

The bilingual adaptation of Shakespeare’s most beloved play of star-crossed lovers, Romeo y Juliet, is written by Karen Zacarías and will be directed by KJ Sanchez, the director behind the hit Quixote Nuevo that had its world premiere at Cal Shakes in 2018. Romeo y Juliet reimagines the doomed lovers as two daughters of opposing sides set in California during the Spanish Colonial and Mexican rule. Most of the original cast members will return after Romeo y Juliet was cancelled in 2020 due to the COVID-19 pandemic.

“I have been longing to work with Cal Shakes again, longing to make art again, longing to be back on that beautiful stage,” said director KJ Sanchez. “I’ve been a huge fan of Karen Zacarías for years and years. The fact that we get to play with a bilingual R Y J makes this production even more dear to my heart. For me, this is the play. This production, this collaborator and this theatre is a dream come true. And it keeps me hanging on each and every day, knowing what we will bring to Bay Area audiences in the spring.”

In the fall, Lear, a modernized version of Shakespeare’s King Lear, will premiere at the Bruns Amphitheater. The adaptation is written by Marcus Gardley, known for black odyssey, a critically-acclaimed production that was on Cal Shakes’ stage two season in a row—2017 and 2018. Lear will be co-directed by Cal Shakes’ Artistic Director Eric Ting and Aurora Theater Company’s Associate Artistic Director, Dawn Monique Williams.

Cal Shakes describes the production: “Set in San Francisco’s Fillmore District from the eminent domain crisis through to the subsequent displacement of the 1960s, and infused with a jazz score, Gardley’s deeply personal Lear reckons with uncomfortable legacies, with the consequences of our actions, and with the vulnerability and ultimate resilience of the human heart to find its way back again.”

In addition to these two productions, Cal Shakes will continue to share the Bruns Amphitheater with other performing arts organizations as part of the Shared Light Initiative that was launched in 2021. Through the fall and summer of 2022, Cal Shakes will open its stage to a variety of dance performances, special events, and concerts.

“A year without theater challenged us to ask hard questions about our role as a cultural touchstone of our community. And the success of our Season of Shared Light has inspired us to continue a practice of opening our remarkable space to thrilling artists and arts organizations from across the Bay,” said Artistic Director Eric Ting. “Anchored by two vital re-imaginings of iconic classics with beloved Cal Shakes artists familiar and new, next summer is sure to be a dynamic return to live performance under the stars.”

Tickets for Cal Shakes’ 2022 season will go on sale in the spring. Cast, creative teams, and Shared Light partners will be announced at a later date. Dates are subject to change based on COVID-19 protocols and restrictions.