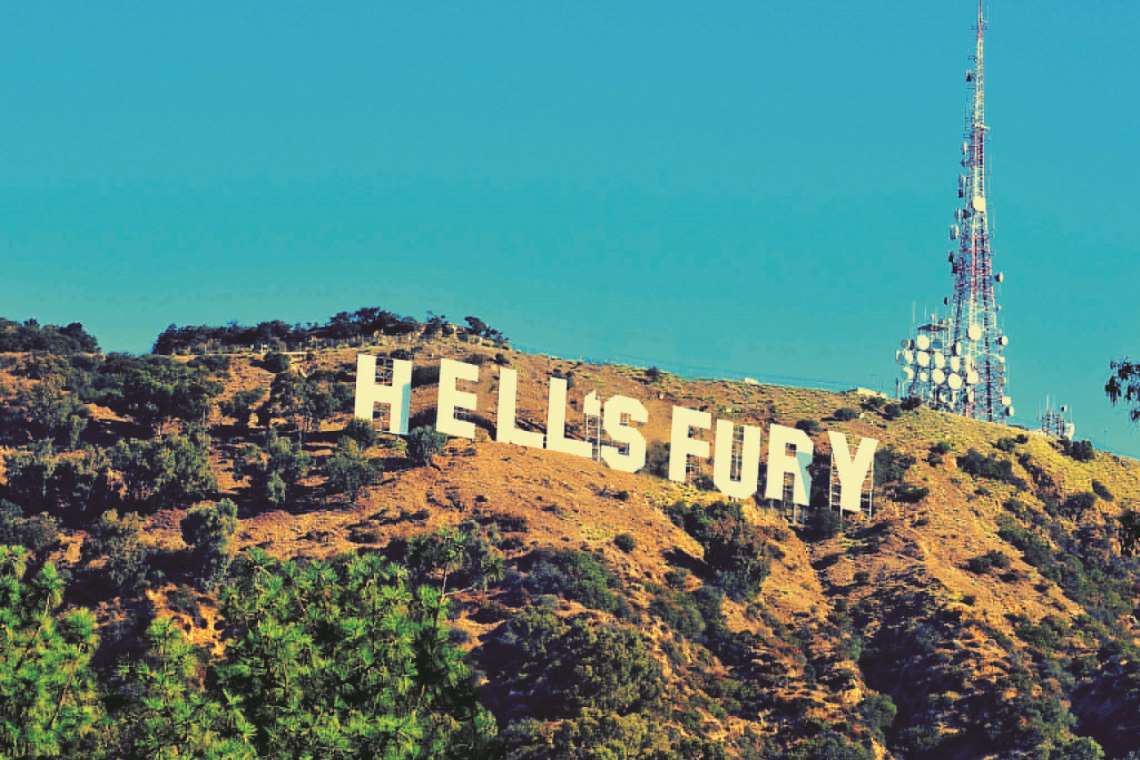 Coming to Bing Concert Hall this December, Hell’s Fury examines the extraordinary life of composer Hanns Eisler. Known for his Marxist politics, Eisler was exiled in turn by three countries—and three of the most powerful ideologies of the twentieth century: Nazi Germany, McCarthyist United States, and communist East Germany.

A highly theatrical recreation of Eisler’s remarkable journey of expatriation and migration, Hell’s Fury resonates in a world of borders and ever-increasing fear of the other. The centerpiece of the production is Eisler’s ironically titled Hollywood Songbook. Written while he was composing Oscar-nominated movie scores in the early 1940s, the song cycle is a lyrical outpouring of wit, anger, and pain.

Stanford Live: How did the idea originate to bring Eisler’s music back to life?

Tim Albery: Listening to a recording of The Hollywood Songbook for the first time at the start of this century, I immediately sensed the inherent theatricality of the songs. As I learned more about Eisler’s extraordinary story, the notion of a “day in the life” of Eisler began to take shape.

I was attracted by the fact that Eisler, although a very distinguished composer, is largely unknown. If fictional, his life story would seem utterly incredible; the fact that, with all its unlikely twists and turns, it is true makes it all the more surprising and strangely exhilarating. And his coruscating self-knowledge deflects any potential sentimentality at his cruel fate.

What directorial challenges or surprises emerged as you balanced Eisler’s story with the historical context and its contemporary echoes, as well as language and art?

As the narrative began to evolve, the happiest surprise was finding that many of the songs, though all written in Hollywood in the 1940s, applied equally well to Eisler’s later life in communist East Germany. It is something of a liberty to repurpose the songs in this way, but once rehearsals began, their use outside of their original context seemed entirely appropriate.

The challenge throughout was deciding how much biographical information an audience needs and how to include it. I was eager to present an emotional journey told through songs and not a history lesson, so the story of Eisler’s travels and travails between the three ideologies of Nazism, capitalism, and communism is revealed as allusively as possible. The singer and the pianist live out Eisler’s life within the very real world of a mid-twentieth century recording studio. The setting is constantly transformed in surprising and unsettling ways using light, video, and sound to reveal the inner landscape of the songs.

Discovering which should be the final song of the show was crucial. “Elegy 1943” is a cry of pain at the relentless cycle of history: “From age to age we destroy our neighbors because we fear them.” With this song, Eisler immediately becomes our contemporary, as we witness once again the rise of nationalism and populism, and a determined assault on all the valiant attempts since World War II to devise global laws and institutions that would temper the worst instincts of our species.

What do baritone Russell Braun and pianist Serouj Kradjian bring to the piece in their portrayals of Eisler’s personal or musical interiority?

Serouj is the brooding introvert of Eisler’s almost bipolar nature, and Russell the ironic, savage, and playful extrovert. The roles are sometimes merged, sometimes almost reversed. Like twins, they each have something of the other. They co-exist while apparently unaware of each other.

A Canadian who was brought up in Germany, Russell is bilingual and bicultural, great assets for discovering Eisler. He is also an entirely instinctive actor, who, in rehearsal, quietly finds his way to the truth of the moment. Serouj listens and breathes with Russell—voice and piano sound as one. And he can turn on a dime; a serious song morphs into a cocktail bar vamp, doodling an improvisation for a movie score crashes into one of Eisler’s manic Piano Sonatas.

Why is it important to bring Eisler’s life and his song cycle—haunted by McCarthyism, displacement, and, even still, beauty—to a contemporary audience, most of whom did not live through the horrors and movements that defined twentieth century?

Displacement is still with us and growing daily—displacement by war, poverty, and increasingly, climate change. The response of many governments is to deliberately breed an atmosphere of fear and contempt for those who can be branded as “not one of us” on grounds of ethnicity, religion, or political views, which is the essence of McCarthyism. Can we really say that fascism or uncontrolled capitalism are merely relics of the twentieth century? And do we not hear contemporary politicians glad, once again, to call themselves socialist, a term that was a death knell for electability only a few years ago? The cycle of history does not stop. Eisler’s life story is mirrored in the lives of countless others today, and it is bracing, salutary, and moving to hear in his songs how relevant his experience remains.

This Dialogue with Director Tim Albery was originally published in Stanford Live’s November/December program. Used with the permission of Stanford Live.