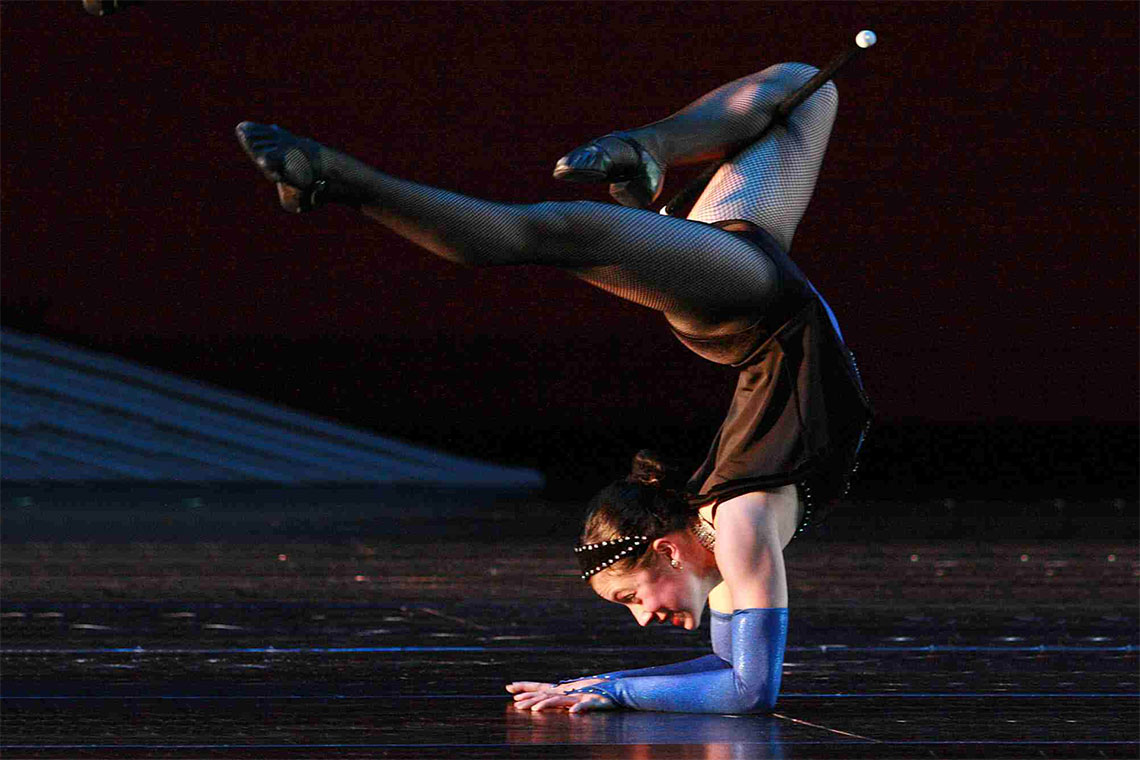 Bob Fosse was one of those cultural forces of nature who obliterated himself only after obliterating his art form and remaking it in his own image. Think Orson Welles or Kurt Cobain, Richard Pryor or Virginia Woolf. Not to mention Lenny Bruce, about whom Fosse directed a knowing and sympathetic biopic in 1974. These are artists whose impact was so great, even they could not withstand it. As a composer and choreographer, his most famous musical was Chicago—a perfect fit for Fosse’s style, with all of its outsized experimentation, sleaze and hard cynicism.

Cabaret, at the Village Theater through August 2, was not one of Fosse’s own creations, but he directed the brilliant Academy Award-winning adaptation of it (also in 1974—he was, to say the least, a workaholic) and it’s not hard to figure out why. Cabaret is about massive cultural changes as they are reflected through art. It’s about tumult, sex, outsiders, music and dance. Fosse was very much that guy.

In September of 1987, a week after Fosse’s death, Richard Christiansen of the Chicago Tribune wrote: “Bob Fosse’s death last Wednesday did not come as a great surprise. Fosse himself had virtually predicted his massive heart attack in detail in his 1979 semi-autobiographical film, All That Jazz.” Absolutely true. All That Jazz, one of the craziest, smuttiest, most inventive and shamelessly personal musicals ever made, is Bob Fosse saying, “I can’t go on like this much longer, but I’m not going to stop, even to save my own life.” Fosse’s cinematic stand-in, played by the late Roy Scheider, drinks, pops pills, smokes like an industrial chimney and blows up every important relationship in his life.

It’s all about the work for him. Nothing else matters. Fosse/Scheider may lament his seemingly inescapable death and the wreckage he’s left in his wake, but as long as his work stands up, it’s worth any sacrifice. It’s hard not to admire and romanticize bombastic figures like this, terrible as it may be to work with and/or love them. Other phrases that turn up in Christiansen’s eulogy include “his working method was relentless,” “incessant drive for precision,” and “a modern personification of the hard-living, hard-working showman of consummate drive and talent.” He was a full time artist. He was only moonlighting as a human being.

There’s a scene in the 1953 film Kiss Me Kate where Bob Fosse appears for about a minute. It was a very small part, one of Fosse’s first noteworthy appearances in a motion picture. This scene absolutely electrified the world of dance, and you can see why if you watch the movie all the way through. It feels like this: regular musical, regular musical, regular musical—HOLY CRAP WHAT JUST HAPPENED?! He enters the scene sliding (a signature move) and immediately carves a notch in the timeline, squarely between the past and the future of dance. The outlandish, physically challenging movies, the brazen sexuality, the rock-star swagger—all are fully formed.  It’s like LeBron James showing up at a Celtics game in 1952, when people were only doing layups. Ohhh, I didn’t know people could do THAT.

Fosse’s 1972 film version of Kander and Ebb’s 1966 Broadway musical Cabaret was a decidedly loose adaptation. As a film director, Fosse’s work was surprisingly cinematic, considering his theatrical origins—full of dazzling cinematography, breakneck editing and realistic performances. Many details were changed from the musical, but the film still captured the feeling of social and cultural change flourishing under the shadow of the encroaching oppression of the Nazi regime in early 1930s Berlin. The film is PG, but still feels somewhat dangerous today. It’s surprising how frank both the stage and film versions are about sexuality (though I’ve recently come to learn that supposedly stodgy old musicals can often be quite shocking).

Cabaret is very much in Fosse’s wheelhouse. It’s got sex, bohemianism, gritty showbiz details and a pervading sense of anti-authoritarianism. Plus, of course, meticulously crafted song and dance numbers. It also has an acute awareness of mortality. The good times at the Kit Kat Klub and the romantic seesawing of the protagonists are always pervaded with a subtle but unmistakable sense of sadness, because the viewer knows what the characters do not: just how tragically precarious everything in their world is. Of course Bob Fosse loved it. He successfully predicted his own death, after all.