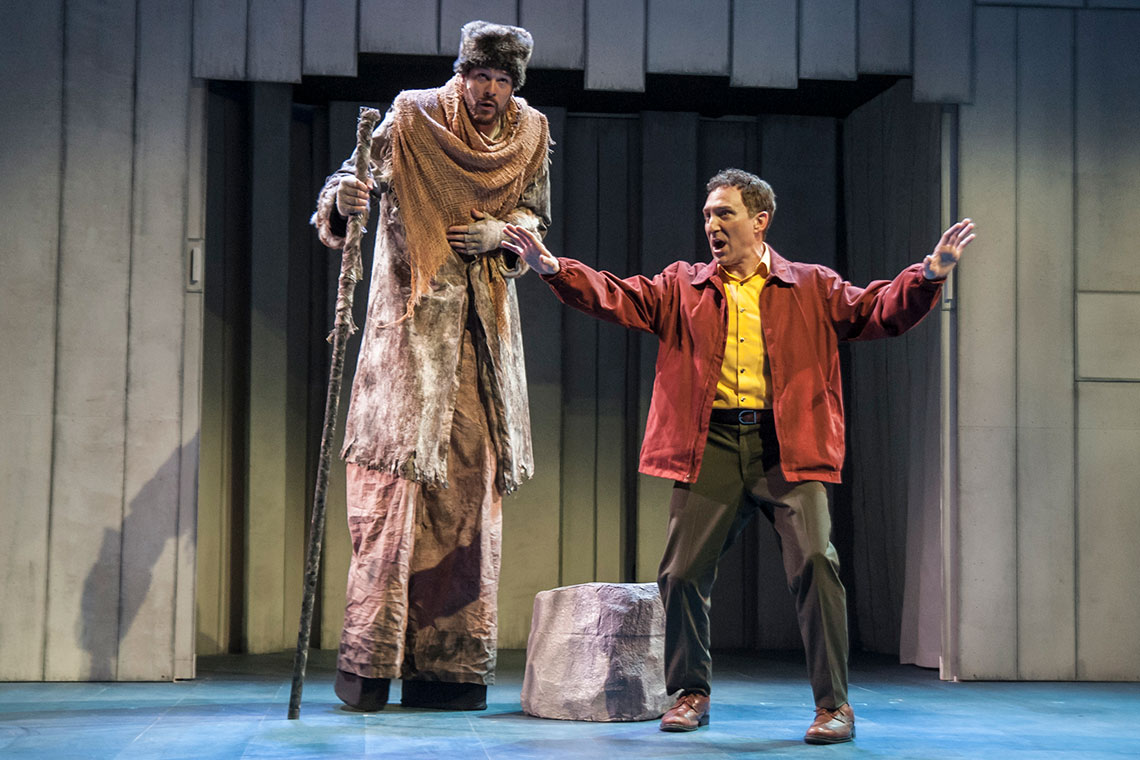 I really, really hated the movie Big Fish. It’s not exactly accurate to describe it as a bad movie—Tim Burton is obviously a competent director and it had a decent cast and endearing production design. Then again, legitimately bad movies don’t usually elicit as strong a feeling as hatredfrom me. In fact, I often find bad movies to be quite a bit of fun (this does not apply to Divergent). No, it takes a certain degree of skill to make a movie truly worthy of contempt. I saw it at the Guild 45th in 2003, right after watching Errol Morris’s outstanding documentary The Fog of War. Apparently this was at a point in my life when I had time to watch two movies in a row in one day. That must’ve been nice.

I’ve often wondered if The Fog of War tainted my reaction to Big Fish. An account of the controversial career of former Secretary of Defense Robert McNamara, it deals with real-life death on a massive scale, from the fire bombings of Japan in WWII to the pointless carnage of Vietnam. Maybe after that bracing blast of reality, I was in no mood for “charming” cornpone storytellin’ and drippy family uplift. I don’t think I can blame my reaction on Errol Morris, though. Big Fish earned my enmity fair and square. If you haven’t seen it before, it’s about a young man coming to grips with his dying father, whom he feels like he never really knew due to the old man’s tendency to lace his life’s story with tall tales and cheesy jokes. Here were my two main complaints:

WHY WOULD A GUY HATE HIS DAD FOR TELLING STORIES?

The central conflict is deeply bizarre to me. The son, Will Bloom (Billy Crudup), is so mad about his dad telling goofy stories. He’s presented as an inherently serious man, a just-the-facts secular realist, and he just wants to know the truth behind his dad’s literally unbelievable yarns about witches, giants and mermaids—dad’s imagination is very early elementary school. Of course, by the end, he comes to learn that the fanciful tales were, like, totally true, from a certain point of view. This felt like an uneven, and therefore not very compelling, conflict. The dad comes across as charming and fun; the son seems like a real prick being so annoyed by some colorful stories. Listening to Crudup’s complaints, I kept think-shouting at the screen: The man put a roof over your head, didn’t he? Loved you? Loved your mom? Didn’t hit you? Seems like you did pretty good overall, dad-wise, ya big ingrate!

This movie is CRAZY manipulative.

Look, nobody enjoys a good cry at a movie more than I do. But the movie has to earn that cry in order for it to really matter. There is a whole bag of tricks cynical filmmakers can employ that can easily draw tears out of my face—swelling music, death of a character, well-chosen words, etc. Hell, I once teared up watching an insurance commercial. The point is, it’s not hard to do. And it really shouldn’t be done unless you actually have a story that makes an emotional connection. If you don’t, then all you’re doing is jerking the viewer around. Big Fish was the ultimate emotional jerk around. I watched this whole movie, didn’t give a damn about the central conceit, didn’t identify with any of the characters, and by the end I was still face-leaking like I’d lost a beloved pet. It made me mad. I felt like I’d been conned.

I went to the Taproot Theater production of Big Fish this weekend understandably guarded, but I had a totally different reaction. Well, I still blasted tears at the end, but this time they were justified. It turns out I’ve got no inherent problem with stories about wacky southern storytellers who are dying and the sons that are frustrated by them. I just didn’t like Tim Burton’s take. There were a few crucial differences that turned a movie I hated into a show that I adored.

Tyler Todd Kimmel is much more likable than Billy Crudup

Nothing against Crudup, whose work I usually enjoy. His take on the Will Bloom character was just too much of a fusty prig to identify with. Kimmel and the writers did a much better job isolating the source of his frustration, which makes his arguments against his father much sturdier. Chris Ensweiler also finds some darkness in the Edward Bloom character—the underlying pride and selfishness of an otherwise delightful extrovert. Albert Finney played the elder Bloom in the film as a bit too cute and doddery to ever side against. By putting the main characters on equal footing, the central conflict was no longer boringly uneven.

Big Fish is a tall tale about tall tales. Sure, Edward Bloom’s stories aren’t meant to be taken as literal—mermaids don’t actually exist in this world—but there’s a fanciful quaintness to the arc of his life that doesn’t benefit from the realism of a dramatic film. In Big Fish he musical, the world itself isn’t remotely realistic, so the story resonates more. Everybody’s singing and dancing, there are fish flying around and guys on stilts walking up and down the aisle. It’s an extravaganza with big moments, big performances and big themes. That kind of environment is a much better fit for this weird and heartfelt story about the power of stories.

People are actually crying ten feet away from you.

This is a story about family, birth and death. There’s no way it’s not going to be a tearjerker. What bothered me about the movie was that the director didn’t trust me to find the feelings on my own, so he poured on the corn with a big old corn ladle. In the musical, however, you’re dealing with actual people that you can reach out and touch, weeping and weeping hard. (Kudos to Kimmel and Chelsea LeValley for digging pretty deep.) I don’t know if you’re the same way, but it’s pretty hard to not get moist in the face when people nearby are crying, even if those people are trained actors. Perhaps pheromones are involved. Everyone else in the Taproot last night seemed to be with me on this one, as a dewy chorus of sniffles broke out in the final moments of the show.

At least they were honest sniffles. And Taproot’s Big Fish earned every one of them.