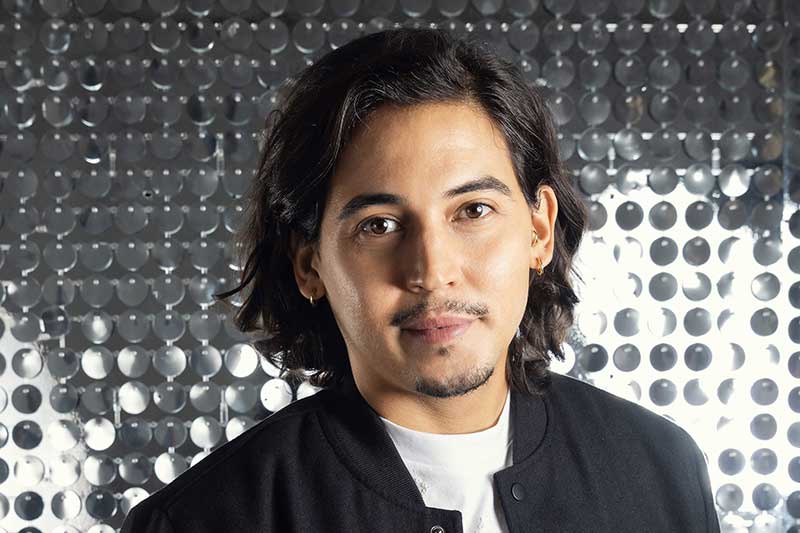 David will take on the responsibility of co-leading Berkeley Rep’s In Dialogue program, which seeks to use theater-making to promote and be of service to community initiatives and groups through fostering continuous relationships and participation. David will also perform a number of artistic tasks, such as taking part in season planning, directing on the mainstage of Berkeley Rep, developing and producing The Ground Floor: Berkeley Rep’s Center for the Creation and Development of New Work, and assisting with ongoing artistic projects.

“I am beyond thrilled to welcome David to Berkeley Rep,” said Pfaelzer. “I have had the pleasure of collaborating with David on both coasts — first when they directed the world premiere of Harrison David Rivers’ the bandaged place at New York Stage and Film (currently finishing an acclaimed run at Roundabout Theatre in New York!), and again this past season when David came to Berkeley to direct the first regional production of Martyna Majok’s Sanctuary City. In each case, I relished the depth of collaboration we achieved: the rigorous conversations about casting and design; the investigation of the text itself; and the shared celebrations of each production’s unique moments of triumph, as well as the collective problem-solving when we, inevitably, faced challenges. I know David will have a significant impact here at Berkeley Rep, and look forward to their voice in season planning, their acumen and depth of understanding of an artistic process as we produce the shows of the season, and the vision they will bring to the further realization of our In Dialogue program. And I’m excited for the ways in which David will be able to use the time here to further their own professional goals of artistic leadership. We are very lucky to have David as part of the Berkeley Rep community — I can’t wait for this next phase of collaboration to begin!”

“While the American theatre continues to emerge from the past two years, I am beyond excited to join Berkeley Rep as the new Associate Artistic Director, bringing my values of joy, authenticity, and wholeness to contribute to Berkeley Rep’s illustrious history and position as one of the leading regional theatrical institutions,” added Mendizábal. “Having previously directed in the Bay Area — most recently at Berkeley Rep with Sanctuary City, and prior to the pandemic with Don’t Eat the Mangos at the Magic Theatre — I have been fortunate to make meaningful connections with brilliant local artists and communities. Deepening these relationships in the Bay Area and supporting Johanna’s visionary leadership of the organization and its civic responsibility to be at the forefront of pushing culture forward is so in alignment with my personal artistic mission, and I am looking forward to this new chapter.”