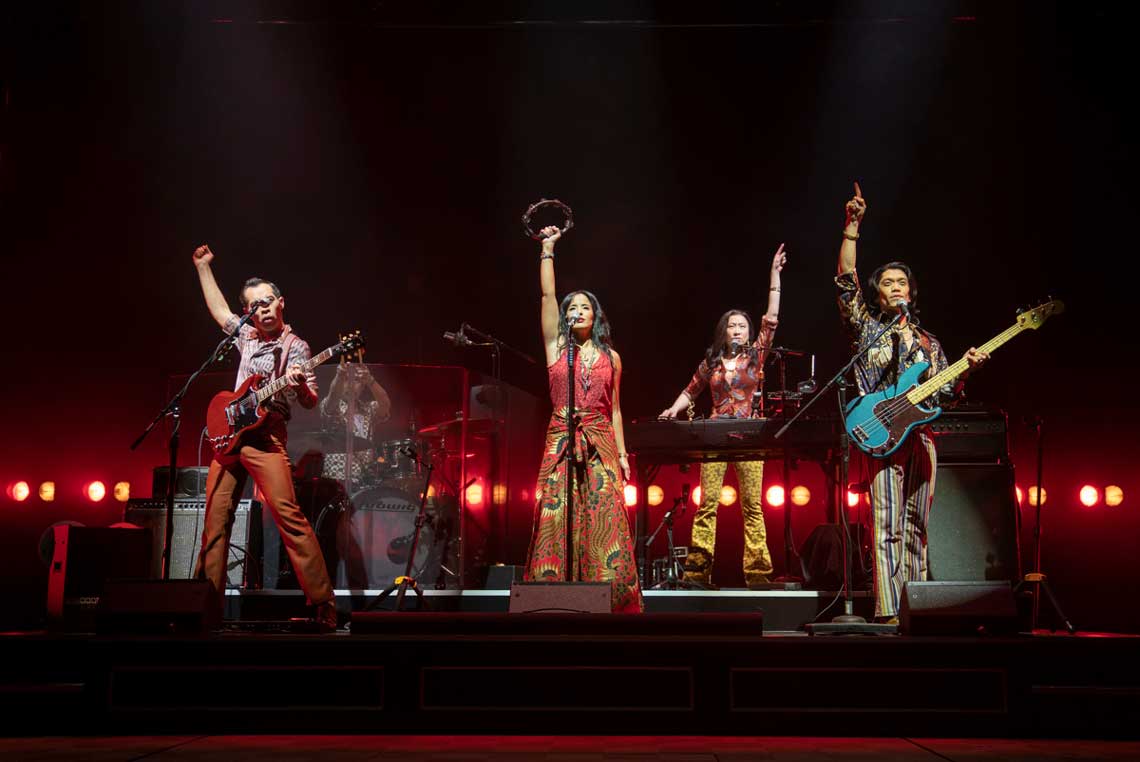 Berkeley Repertory Theatre has announced their upcoming season which will begin in late winter of next year, instead of the customary autumn start. The specific run dates of the performances have not been announced yet, but the announcement of the 2021 season is an encouraging sign for theatre audiences in the San Francisco Bay Area who have been waiting to see how COVID-19 will affect regional theatres next season.

“The launch of our 2021 season is a promise to our patrons that we will be back and we will reopen when it is deemed safe to reopen,” said Managing Director Susie Medak. “It also signals our investment in the future—a return to normalcy, and the future of Berkeley Rep.”

Artistic Director Johanna Pfaelzer announced the 2021 season in a video to audiences, revealing it will include three world premieres, one of which, Swept Away, was slated to premiere during the 2019-20 season before being canceled.

“I feel incredibly grateful at this moment to be able to look toward the future, and to plan for a time when Berkeley Rep will once again be a place where we will gather,” said Pfaelzer. “The plays and musicals in this upcoming season include stories of lovers, of activists, of dreamers, of sacrifice, and of hope.”

Pulitzer Prize winner Martyna Majok brings us an urgent story about the power of perseverance, the promise of safety, and the question of who is entitled to pursue life, liberty, and happiness. Two young DREAMers fight like hell to establish a place for themselves in America, the only country they know as home. Berkeley Rep gives this unforgettable play its West Coast premiere.

Berkeley Rep welcomes back Charles L. Mee and Les Waters, who have brought so much delight to audiences with shows such as Fêtes de la Nuit and Big Love. With a wink to Magritte, a nod to Shakespeare, and a toast to the Greeks, Wintertime plunges us gleefully into the center of the strange and surreal terrain we call love.

Jonathan brings Ariel to his family’s summer house in the winter woods and plans to propose. Then his mother Maria arrives with her lover Francois, and his father Frank shows up with his lover Edmund—and soon nothing goes as planned. Generously embracing this family in all their chaotic, beautiful humanity, this exhilarating rollercoaster of a play whisks us up the peaks of romance, then down to the depths of jealous despair, never letting us forget that love, like life, is always in motion.

More than a takedown of our smartphone addictions, Octet is a sublime and revelatory experience that asks how we can find ways to be truly present with each other.

The award-winning hit show that rocked audiences across the country and off Broadway comes to Berkeley Rep! In this darkly funny, electric new play with music, a young woman attempts to piece together her family history and bring a Khmer Rouge war criminal to justice 30 years after her father fled Cambodia. With a live band playing contemporary Dengue Fever hits and classic Cambodian oldies, this thrilling story toggles back and forth in time as father and daughter face the music of the past. San Francisco-born, Steinberg Award-winning playwright Lauren Yee receives her Berkeley Rep debut with Cambodian Rock Band, which was developed in the Ground Floor Summer Residency Lab.

In this world premiere commissioned by Berkeley Rep, playwright Christina Anderson exquisitely evokes a story about justice, legacy, memory, and the ultimate challenge of forgiveness.

Janice’s parents are prominent activists fighting for the integration of public swimming pools in 1960s Kansas. As injustice penetrates the warm bubble of her childhood, Janice grows apart from her family and starts a new life far away. When she receives a call asking her to speak at a ceremony honoring her father, she must decide whether she’s ready to reckon with her political inheritance and a past she has tried to forget.

Berkeley Rep presents the world premiere of a sultry new musical with a book by award-winning playwright Jocelyn Bioh (School Girls; Or, The African Mean Girls Play), a score by composer Michael Thurber, and conceived by director Saheem Ali.

A young man returns home to the coastal city of Mombasa, Kenya to marry his fiancée and step into his family’s political dynasty. But when he visits Moto Moto—a steamy afro-jazz club and the stomping ground of his youth—he finds himself drawn to a mysterious new singer. Inspired by the myth of Marimba, who created beautiful songs from her heartbreak, Goddess is infused with contemporary romance, ancient magic, and the irresistible vibes of African, jazz, and R&B music.

You can view Pfaelzer’s full video announcement below:

Subscriptions for the 2021 season are available now for purchase. Berkeley Rep offers three package options, ranging from a seven-play subscription to a pay-as-you-go option. Subscribe here.