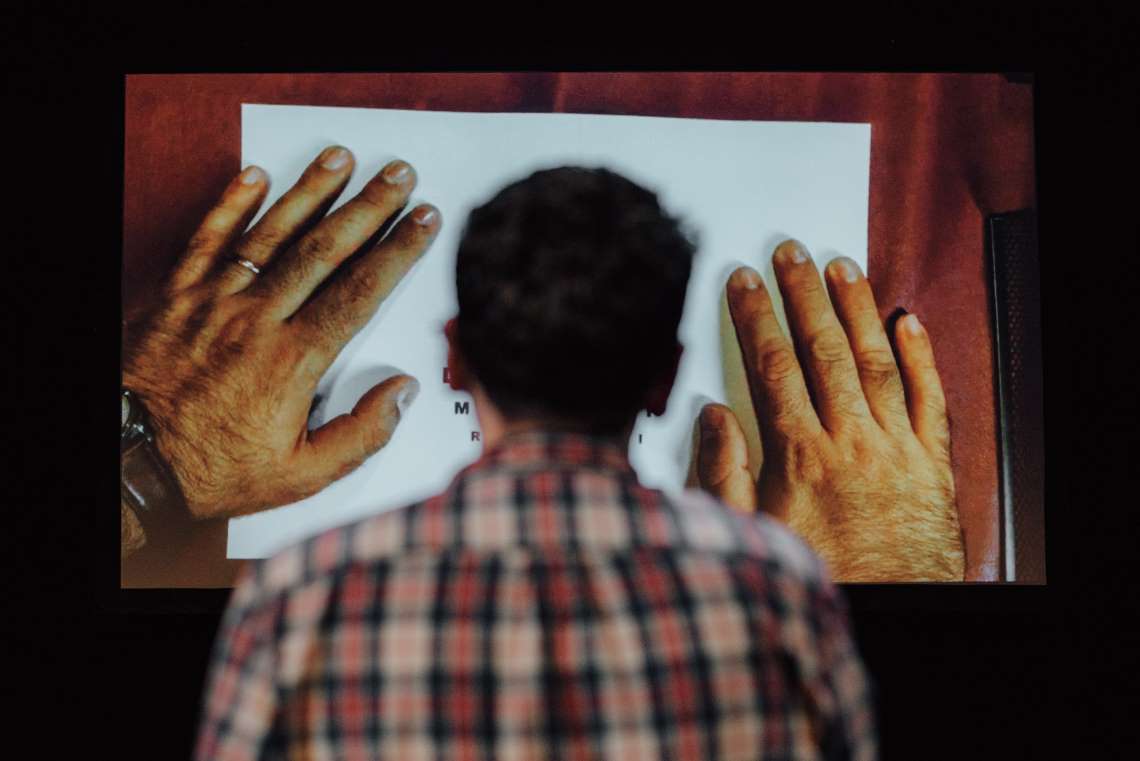 Ross Manson, artistic director of Volcano, recounts how his trip to judge a theatre competition in Iran turned into a discovery of much more.

I traveled to Tehran in February 2011 to adjudicate the Fadjr International Theater Festival. Mahmoud Ahmadinejad was president. The Green Movement had been violently suppressed months earlier.

It was an interesting time to be in Iran. While there, I got to know a young writer named Nassim Soleimanpour. He and I went all over Tehran together, and through him, I developed a more nuanced picture of Iran than I had ever gleaned from the western press: two armies, opposing secret police forces, government censors, artists everywhere circumventing the censors. People would come up to me on the street and apologize for their government.

It was a complicated place.

On February 14—or Bahman 25 in the Persian calendar—Nassim and I witnessed a massive but strangely quiet demonstration: no signs, no slogans, just thousands of people walking calmly towards Tehran’s famous Azadi Tower. The silence was a technique to avoid police violence. What I didn’t realize was that the theater jury I was a part of was scheduled to travel directly through this demonstration. When we were told to get in the minivan, it was a shock.

We were about to drive through an antigovernment demonstration in Iran to go to a play! I sat in the back with my camera. Nassim had warned us about photos. If you take any, he said, do not get caught.

In the middle of the demonstration, the van was swarmed—young men screaming through the windows, pounding on the van for it to stop. The sliding door opened and plainclothes Revolutionary Guards reached in to drag me out.

But they couldn’t reach, and this gave Nassim time to talk. It was dusk, slipping into night. A surreal blur of electric light illuminated the minivan and the masses of men. Nassim talked to a series of increasingly higher-ranking officers, and somehow engineered my freedom through the cleverness of his words. Nassim is good with words.

I brought Nassim’s play, White Rabbit Red Rabbit, out of Iran. This allegorical examination of control and violence is designed to be read cold by a new actor every night. My company, Volcano, and our partners, premiered it simultaneously in Edinburgh and Toronto. Every night, I’d email notes to Nassim—trapped in Iran—and he’d email me back a new draft for the next night. It became a global hit.

Nassim is part of a generation born during the horrors of the Iran–Iraq War; a generation that has known no Iran other than the Islamic Republic. They are smart, well-informed, fearless. A theater artist, Nassim uses reality as a dramatic technique. As I learned in the minivan in Tehran, experiencing something for real is a very different experience than watching it on the news. For humans, nothing is like being there. Nassim understands this. He puts you, as audience, into a living connection with something you may not have realized about the world: the thing happening is really happening.

This feature was written by Ross Manson and was originally published in Stanford Live’s September/October program. Used with the permission of Stanford Live.

Ross Manson is the founding artistic director of Volcano in Toronto, the company producing Scott Joplin’s Treemonisha at Stanford Live in April 2020. For more information about his trip to the Fadjr festival in Iran, you can visit his blog.