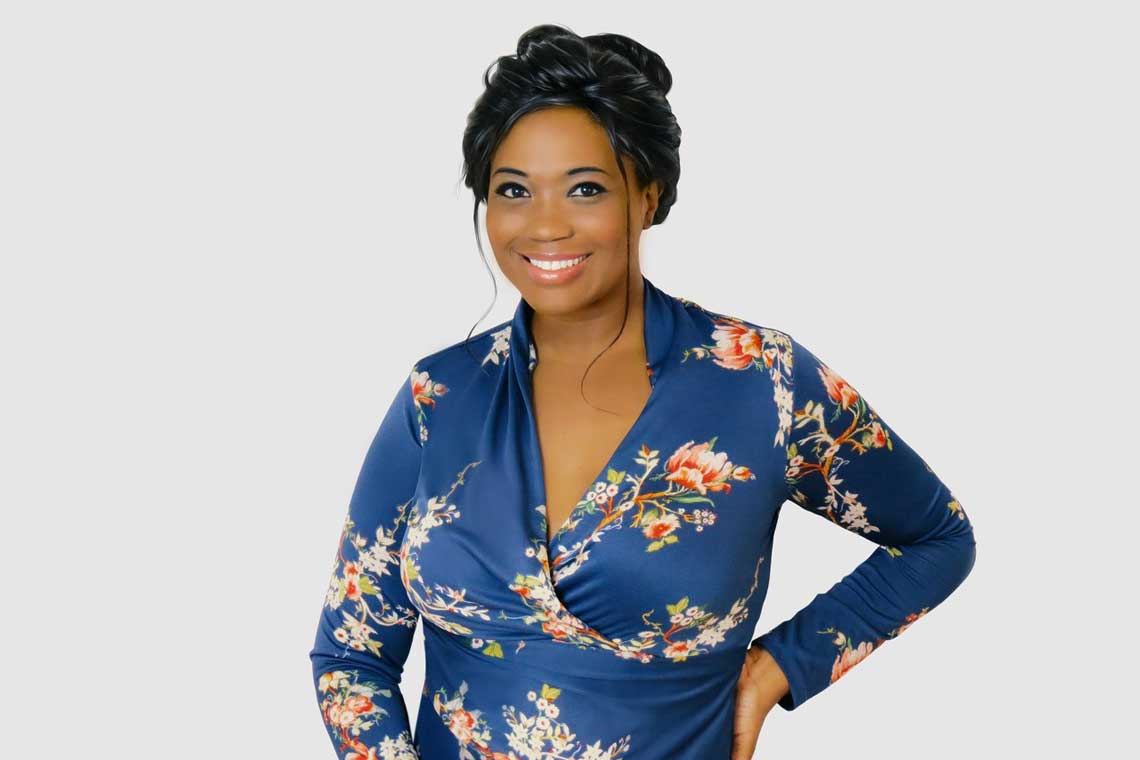 Before the cancellation of La bohème at Seattle Opera, originally scheduled for May 2–19, we had the opportunity to interview soprano Angel Blue in anticipation of her performance as Mimì. Unfortunately, due to COVID-19 and subsequent stay-at-home orders, Seattle audiences will not be able to see the opera singer perform in this beloved role. However, we are happy to share that Angel Blue will be performing in a special virtual event, “Songs of Summer,” hosted by Seattle Opera on May 28. More information on this event can be found at the end of the interview.

When I asked Angel Blue what it was like to fall in love with music for the first time, she shared a memory of being four years old at a concert version of Puccini’s Turandot.

“It was just spectacular,” Blue said. “Just listening to the orchestra—it was so loud. And it moved me in some way. It made me really happy. And I just remember being so fixed on the woman who was standing in the spotlight. And I didn’t know that was Turandot. I didn’t know that what she was singing was ‘In questa reggia,’ one of the most famous soprano arias. I just knew that it moved me. And that’s when I fell in love with opera.”

In February, I had the immense pleasure of speaking with Blue while she was in New York singing the role of Bess in Porgy and Bess at the Metropolitan Opera. Between helping her stepson make Valentine’s Day cards and enjoying her night off, we spoke about her upcoming role as Mimì in La bohème, her love of Seattle Opera audiences, the importance of sharing music with young people, and so much more.

Danielle Mohlman: When did you first encounter La bohème? How did this opera first come into your life?

Angel Blue: It’s kind of funny because even though my first encounter with opera was when I was four years old, I didn’t become familiar with La bohème until I was about 22 years old. And it was because I was given an aria to learn in school—“Donde lieta usci,” which Mimì sings in Act III. And I’ll be totally honest, I just wasn’t very interested in the story. I was more interested in just that aria because I was trying to get a grade.

Two years later, I was cast as Musetta at the LA Opera and that’s when I first really started to pay attention to the story. And the opera just really drew me in. I worked really hard to learn Musetta and it was very difficult for me to learn music at the time because my father had just passed away. It was my first professional stage, but it was also right after my father passed away. It has a very special place in my heart, not so much because of the story.

But it’s a personal connection.

And La bohème has been around for over 100 years. What is it that draws 2020 audiences in?

It’s the story. I have a friend who’s an actress and she told me that by the time we’re two years old, we’ve experienced every emotion possible. As a child, you experience your parents leaving—maybe leaving you with a babysitter. So in that respect, we experience what it feels like to have a bit of loss. And then, of course, as a child you love your parents and they are your best friends. They are your world. And I think La bohème has every aspect of humanity in it. And because of that, I think people relate to the story regardless. It starts out as joy and happiness. And then as the story progresses, you find there’s jealousy and all of these different emotions. I think that as long as humankind is on Earth, we will always relate to La bohème because we’ll always know what it feels like to fall in love—hopefully, anyway. And hopefully those loves that we have aren’t lost in death. Even though that, of course, is inevitable.

But we all experience loss on some level or another.

Yeah. And there’s also a lot of pranking that goes on with the guys in this opera—that sort of youthfulness. Everybody at some point will experience that.

Oh, for sure. You’ve performed at Seattle Opera several times over the course of your career. What keeps you coming back?

Definitely the people. I don’t think the audience realizes that they have so much to do with an artist wanting to be there. When I do get to go back, I see a lot of the same faces. It’s like that show Cheers. “Sometimes you want to go where everybody knows your name and they’re always glad you came.” And that’s kind of how I feel about Seattle because people do know my name. I can be in the Starbucks down the street from the rehearsal space and see somebody that saw La traviata three or four years ago and they say, “Oh, we’re happy to have you back.” It’s really nice to feel welcomed.

You’ll be performing in Seattle Opera’s first student matinee, which is really exciting. Does performing for young people have a different energy than performing for a more traditional audience?

It does. What I love about students is they’re uninhibited and much more open to the story. It’s the difference between watching college football and the NFL. Not to say that the NFL isn’t as exciting, because it absolutely is. It’s just that with college football, you can feel the players are really there because they love the game. They find so much joy in it. Whereas the guys in the NFL, they love the game, but it’s also their job.

When younger people come to watch opera, they’re not afraid to clap even if it’s a moment where you’re “not supposed to” clap. There’s no book that says “in opera you shouldn’t clap here.” But you know, opera people are very traditional and they want to have things a certain way. But I like the fact that students are very vocal about how they feel in a certain scene or about a certain character. They’re just more open to whatever the show is going to be.

This idea of “you sit like this” and “you clap here”—I feel like that can be intimidating for audiences who are new to opera.

I’ll be totally honest with you: it’s intimidating for me. I usually don’t go to the opera unless it’s something I really want to see or I have a friend who’s singing. And sometimes I won’t go because I’ll think I have to look a certain way. What I’ve recently started doing, especially now that I’m married, is my husband and I will go and it’ll be our date night.

We bought the same tickets as the person sitting next to us wearing Harry Winston jewels and I have as much a right to be here as that person does. And I’m not saying that people should be able to come to the opera in flip flops and board shorts. But there is something very appealing about come just as you are.

I love that. Before I let you go, what are you most looking forward to seeing while you’re in Seattle this time around?

I’m really interested in seeing the memorial to Chris Cornell because I’m a huge Soundgarden fan. That’s my all-time favorite band. I was hoping at one point in my life I would have the opportunity to shake his hand because he was an amazing singer. So seeing the memorial is high on my list of things to do.