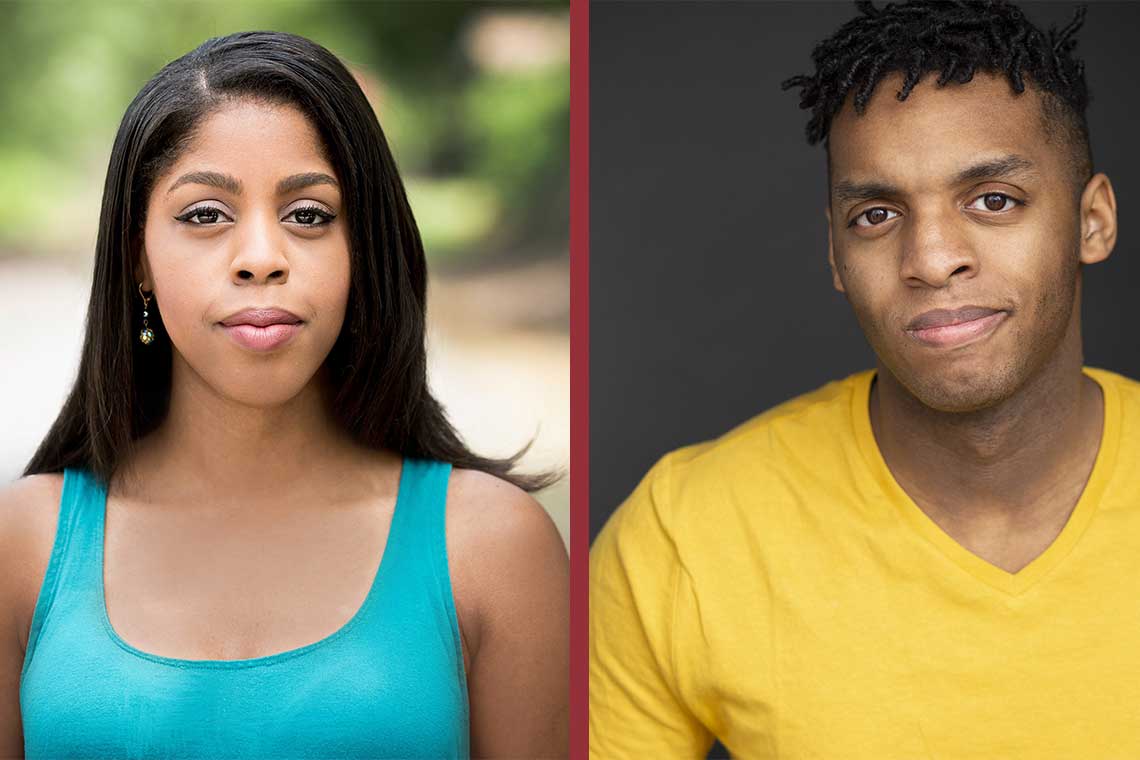 The world is back to being a stage and Village Theatre is returning with it. The company’s first mainstage production since the pandemic began, Jason Robert Brown’s Songs for a New World, will be running from January 12–February 13, 2022 in Issaquah and February 18–March 13, 2022 in Everett.

Each song in the show features an independent story, but they all highlight characters on the precipice of potentially life-changing decisions. Teen writer Kyle Gerstel sat down with performers Alexandria Henderson (Woman 2) and Cal Mitchell (Man 1) to discuss their experiences returning to live theatre, as well as the burning relevance of the show’s theme of inciting change to create the life you want to live and the world you want to live in.

Kyle Gerstel: When were each of you first introduced to the show?

Cal Mitchell: I was first introduced to the show my freshman year of college, [but] I didn’t really know what it was about until I got in a room with a bunch of other musical theatre people and [realized] there’s so much more to it.

Alexandria Henderson: I’m actually not very familiar with the show; I know of a song or two based on pageantry [and] audition books, like girls who sing “Stars and the Moon,” which is a very popular number, but other than that I didn’t know the whole show before now.

Each of you play a wide variety of characters in the show, so how do you differentiate them while maintaining a sense of honesty?

Henderson: I personally love being an ensemble member. Lead roles are fun, but I love being in the ensemble because you can make up your own person, make up your own backstory, and it’s kind of like doing that, but for each of these songs. Every song we sing in the show has a theme that can resonate with someone.

What have you learned from participating in the production?

Henderson: The music is very difficult, [but] in a good way—it thrills me to say how difficult it is. It’s kind of taking me back to being an active learner.

How do you think the theme of choice is relevant going into 2022?

Mitchell: I think in this next year, there are a lot of people that are going to have to look at their surroundings, look at where they are, and look at who they are. Where is my precipice moment? Where do I make a big change that can literally affect which way I go in my life?

Henderson: I’m looking forward to 2022, but I’m healthily cautious now. We have to do what we can to make sure we can stay at work in 2022, [and] as far as choices are concerned, making the choice to get vaccinated and mask up.

What is your advice for high schoolers that wish to pursue theatre considering the current college climate?

Henderson: Be a filter, not a sponge. This career is a lifelong learning process.

Mitchell: Another thing is—I wish someone had told me this while I was still young—understanding that you’re not everyone’s cup of tea and that’s fine. Some people’s taste buds are a bit off, but you’re still worthy of working and you’re going to be right for something. You just might not be right for what you expect.

Have you clicked right back into performing live despite the current precautions or has returning to normalcy been a slower transition mentally?

Henderson: I think the difference is that we’re all coming back with this newfound gratitude and reverence for what we do. Everyone is especially concerned about our health and wellness, including mental health and wellness. It feels like home, but bumped up a notch. Yes, we’re back to doing what we love, but also there’s a new air breathing into it.

Kyle Gerstel is a 15-year-old musical theatre geek who couldn’t be happier to have found TeenTix in 2020. In addition to writing for TeenTix and his school newspaper The Islander, Kyle frequently performs with Youth Theatre Northwest and works with Penguin Productions to foster an equitable theatre community. When not in rehearsal, you can probably find him writing comedy songs, rewatching Airplane!, or using the Oxford comma.