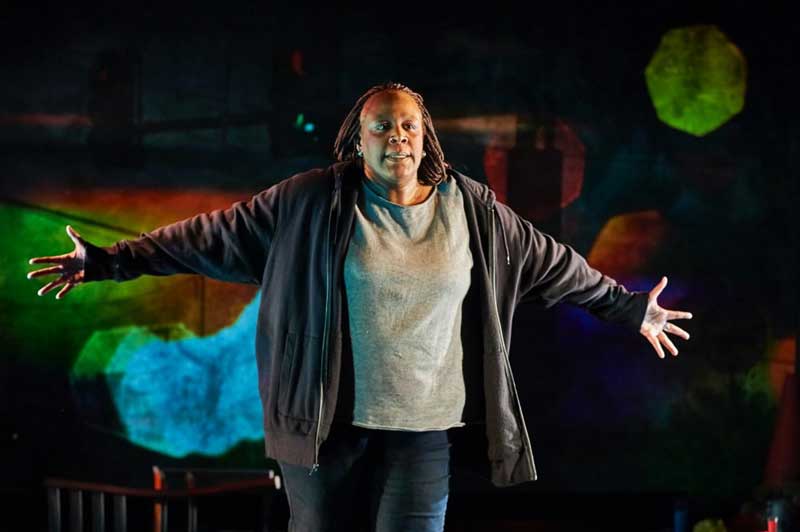 ACT Theatre is a professional theater company based in the heart of Seattle, Washington. Founded in 1963, ACT has been a major contributor to the regional theater scene in the Pacific Northwest for over a half a century. Focusing on the development and production of new plays and innovative interpretations of classic works, ACT Theatre has been a leader in the national theater community for years.

Committed to providing a range of high-quality, entertaining and thought-provoking live theater arts, ACT Theatre (A Contemporary Theatre) engages and connects with diverse audiences and inspires social and cultural change. Since its founding, ACT has had a profound impact on Seattle and regional theater. At any given time, ACT produces five to seven productions, as well as a variety of education and outreach programs. ACT has created a national and international reputation for its excellent productions of contemporary works.

Interrupted by the Covid-19 pandemic, just as every other theater in the country, ACT was forced to close its doors in March 2020. After an almost 2-year hiatus, the theater is reopening with a live performance of A Christmas Carol in December 2021. The theater is returning to its roots with a focus on community events, outreach programs, and collaboration with other arts organizations in the area.

As many theater companies across the country have done, ACT has continued connecting with its audiences through streaming.

Until the Flood is available for streaming starting November 15, 2021. We recommend watching the play through the ACT website.

There is a new voice in the aftermath of the Michael Brown shooting and it belongs to Dael Orlandersmith. In her one-woman show, Until the Flood, Orlandersmith captures the raw and emotional reactions of the people and the nation, and the events surrounding the shooting and the ensuing protests and riots that shook the nation and the world. Her research and interviews explore the racial and social tensions.

Until the Flood is written and performed by Dael Orlandersmith. The production is directed by Neel Keller.

Dael Orlandersmith is a playwright, performer, and director. Her message is about inclusion, belonging, and social justice.

Until the Flood is free to stream.

Seattle is the perfect city for an immense variety of theater. From Broadway to local theater, Seattle has it all. From the world-renowned McCaw Hall, to the Seattle Repertory Theater, Seattle has an abundance of theaters and performances. Seattle is home to many theater companies and venues, spanning from small storefronts to world-renowned institutions. Whether performing in a large theater or a small storefront, Seattle is home to the highest quality theater experience in the United States.

Shows to see in Seattle this December

The Paramount Theatre in Seattle is hosting a touring production of My Fair Lady in December 2021. Originally written by Alan Jay Lerner and Frederick Loewe in 1956, My Fair Lady is one of the most beloved musicals in history. Based on George Bernard Shaw’s Pygmalion, My Fair Lady tells the story of Eliza Doolittle, a Cockney flower girl who receives an education in language and etiquette from Professor Henry Higgins. The Paramount Theatre in Seattle is the perfect setting for the production, with an awe-inspiring, Broadway-style stage and state-of-the-art sound.

Created by arts aficionados, Encore Spotlight Things to Do is your one stop shop for all the arts and culture events happening in the Seattle area. Whether you’re looking for a theater production that’s not yet sold out, or a gallery featuring local artists, you’ll find it here. In addition to information on arts and culture events, our Things to Do section also features a calendar of upcoming events, so you can be sure to find a good show or art gallery.

At Encore, we love Seattle for its creativity, diversity, and deep appreciation for all things arts. We work hard to bring you the very best arts and culture events happening in the city – from dance to theater to music to film.