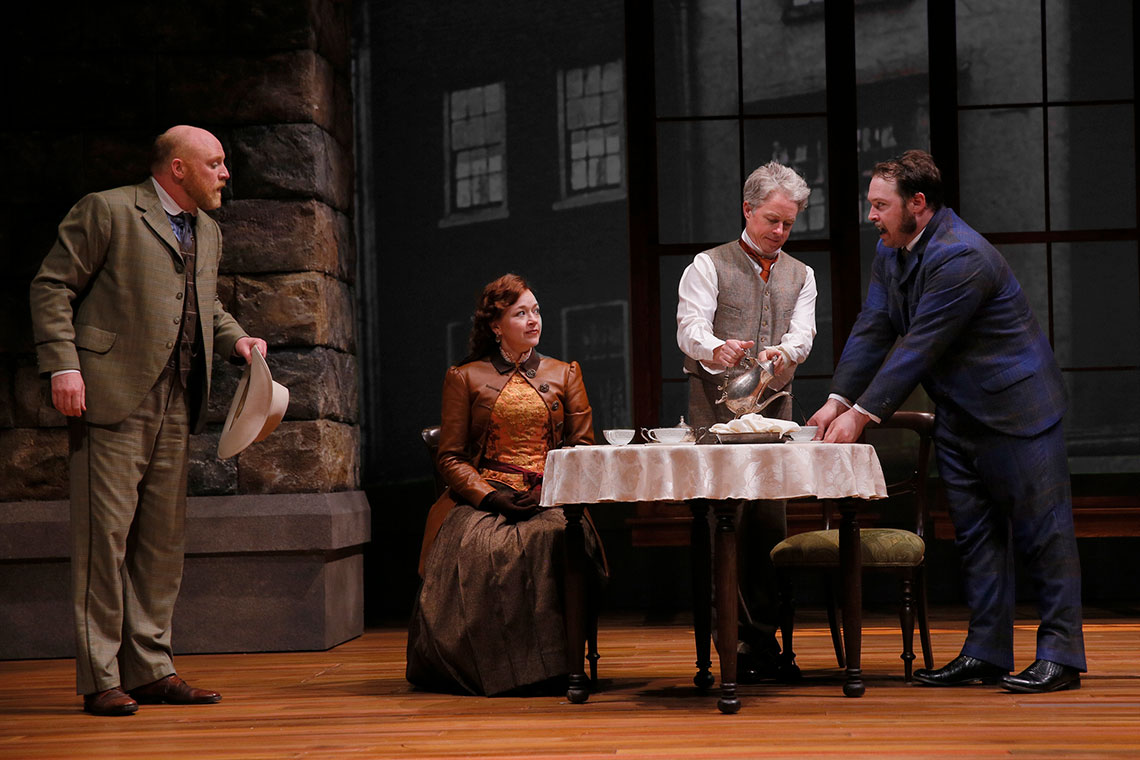 Do you know how hard it is to think up yet another think piece about Sherlock Holmes? He’s been hugely popular for over 125 years, now. Spanning three centuries. He holds the Guinness Record for the “Most Portrayed Literary Character in Film and TV,” blowing James Bond and Spiderman right out of the water. He’s even more popular now than he’s ever been, with the insanely popular Cumberbatch/Freeman BBC series still chugging alongside the less popular but still high profile Downey Jr./Law/Guy Ritchie film series AND an American TV show wherein Watson is his sober companion.

All of the angles have been covered. Best portrayals of Sherlock? Done. Best Watsons? Done. How Holmes is the first English Superhero? Done. An article about Kareem Abdul-Jabbar’s book about Sherlock’s older brother? Actually, yeah, also done. It’s like trying to come up with another ripple on Jesus Christ. But maybe blazing a new trail in this category isn’t just difficult, maybe it’s just plain unnecessary. After all, Seattle Rep’s new show Sherlock Holmes and the American Problem isn’t trying to do anything different with the material and it’s still a total blast. You’ve got a brilliant, eccentric Holmes, a brave and befuddled Watson, Mrs. Hudson cheerfully serving up scones, an intimidating and mysterious Mycroft, a familiar foe (spoiler?) and a complex, multipronged, London-wide mystery that basically makes sense by the end (sort of). You’ve got laughs, intrigue and short bursts of action. Why mess with a perfect recipe?

I wasn’t sure quite what to expect from the show. This is arty Seattle, after all, so maybe a radical reimagining of the concept? Maybe some bold new directions? An upending of the status quo? Not at all. Because this is also nerdy Seattle, filled to the gills with literary types, Sherlock purists and steampunk aficionados (or are they just called “steam punks”?). This show is for the nerds.

There is nothing wrong with that. When you’re already familiar with the kind of story that’s being told, you become free to focus on the specifics. The show’s set design is a pleasing combination of spare furnishings, projected photos of Victorian London, shifting brick columns and a stage floor that rises and opens up to create and extra dimension of depth. The action scenes are almost shockingly ambitious, and I’m not just referring to the deafening sound of the gunshots that ring out with wince-inducing regularity. At one point, there was a fistfight on top of a moving train. Really.

The real lure of this production, however, is the performances. That’s how it should be, and each actor brings their own distinctive flavor to their incredibly well known characters. Darragh Kennan offers an unusually affectionate Holmes, in contrast to some of the more recent interpretations playing up his disconnect from typical human sentiments—Cumberbatch and Hugh Laurie in particular (you know House is Holmes, right?). Kennan’s Sherlock is traditionally impolite with Mrs. Hudson, and given to ignoring people as he drifts in and out of his synesthesia-induced revelations, but he nonetheless engages with humans on a, well, human level, even going so far as to express unprompted appreciation for his compatriots on numerous occasions. Charles Leggett makes for a wonderfully baffling Mycroft, speaking with a stentorian monotone and adopting an oddly sluggish physicality that suggests an unwillingness to waste even the slightest bit of movement. He gets laughs with each languid gesture, as he makes Sherlock seem positively normal by comparison.

The real highlight was Andrew McGinn. His Dr. Watson is a jolly, unpretentious man of action, absolutely game for fighting fearsome American gangsters or simply staying put and dining on coffee and pastry. McGinn exudes effortless charm and boundless enthusiasm, making it immediately apparent why such a man would be interested in associating with Sherlock Holmes and vice-versa. His performance, in fact, really sums up the show for me. This is Sherlock-light, and I don’t mean that as a slight (or even a back-handed compliment). I was pleased that there was no somber dwelling on the loneliness inherent in being a man of Holmes’ specific abilities. No ruminations on his drug habits or how his single-mindedness drives people away.

This is the Sherlock and Watson I first became familiar with as a kid, the exuberant genius sleuth and his cheerful companion, making their way through grimy London, fighting evil and bringing order to chaos. It’s a series of quips, clues, red herrings, fights and revelations all delivered at a pleasingly crackling pace. When I finally figured out that Sherlock Holmes and the American Problem wasn’t going to be trying anything radical, that it was pure narrative comfort food, I settled in my chair and the two and a half hours flew by in what seemed like an instant. Sometimes there’s absolutely nothing wrong with getting exactly what you expected.